Send us a message:

A legend in his own lifetime, there cant be many people that are involved in RC modelling that do not know Dave Bishop. Because for many years Dave organised the very successful Plumpton family show, nowadays Dave can be found commentating at all the major model airshows throughout the year in a way only Dave can.

A well known RC forum recently held a poll to find out who is the UK’s most popular show commentator and it was no surprise that Dave came 1st with over 82% of the votes cast. Dave has a vast knowledge of anything to do with RC modelling and it is due to Dave’s relentless promotion of the Southern Model Airshow throughout the year that we are able to attract the UK’s top display pilots to come and fly at the Hop Farm in September.

Charlie Brown has sadly passed away, and is missed by all that loved him.

Charlie was probably the most famous club member of all times and could be found up the field most weekends with his pet human Roger. As well as keeping an eye on security at Fickleshole and at club nights Charlie was in charge of flightline security at the Southern Model Airshow each September at the Hop Farm and it was due to his stealth and diligence that there had never been a successful attempt to try and steal the flightline at any of the shows.

During the summer months Charlie took along his pet family to many of the UK model airshows where he could often be found helping relief anyone of any unwanted food! 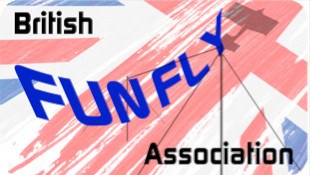